In March 2017 (CrankyYank Vol. 54) I was singing all praises for Big Little Lies;

We are three-episodes in to this epic mini-series and I have to say: it’s one of the best works I’ve seen put to film. Engrossing, existential, combative, edgy, unpredictable. Lies is based on a book of the same name by Liane Moriarty, optioned by Witherspoon and bestie gal-pal Nicole Kidman to produce for HBO (which won a bidding war against Netflix, according to IMDB).

Big Little Lies (HBO) Season 2 is suffering from a confluence of shabby choices and truly inexplicable directing and filming that is offensive to me as a Season 1 disciple—and as a wannabe filmmaker. As I wrote in my review for Absolutely Fabulous: The Movie, when you hand a venerated, beloved series to a new team you better know what you’re getting.

Let’s have a look at each of the ways “Lies” Season 2 is a shadow of its previous season.

Either Arnold’s cinematographer Jim Frohna (or both) opted for exaggerated “Veep”-style handheld camera filming most scenes which is just unimaginable given the majestic framing of Season 1. Arcs with Celeste (Nicole Kidman), for example, are extremely sensitive and heavy, requiring a steady hand and unobtrusive reliable capture. This is not that. I find myself furious over the creative choices here because it flies in the face of Jean-Marc Vallée’s Season 1 directorial masterpiece. (Cast and crew won a raft of Emmys that year, as I predicted.)

buckle up kids – @HBO's #BigLittleLies will win big tonight. and it should. #Emmys

I’ve watched 2 episodes thus far and for the life of me I don’t understand shooting actors from the backseat when you can’t see their faces. That technique might feel like you’re “in the moment” but it fails spectacularly and cheats actors out of their impact. Here’s an example of how superb car acting should be shot (from Season 1): 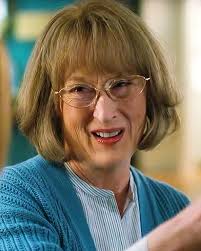 If Season 1 was a luscious cake with all the right ingredients, Season 2 collapsed in the oven and never made to the table. Plot, dialogue and related direction are simplistic and trite; even scenes with Mary Louise (Meryl Streep) are flat and unremarkable. You have to be particularly vacant of creative substance to make Streep a wallflower in *any* role. (Related sidebar: who’s responsible for forcing grotesque stunt-dentures on Streep? I want names, people.)

Two super-important plot arcs continued in Season 2 are based on overheard gossip: Ziggy finding out about his father’s identity and Madeline’s (Reese Witherspoon) torrid affair with that theater dude. Actually Adam Scott’s performance in that scene when he finds out Madeline’s been unfaithful is one of the more powerful moments. But again, it’s completely wasted by shoddy filming and trite lines.

The Rest of It… Oy

This is a subtle point but hear me out: Big Little Lies as a concept is built upon the absurdity of wealthy socialites in Monterey, Calif., having earth-shattering problems while bringing up kids and sharing custody in the tony environs of a California suburb.

That “troubled rich folk” irony is 100% lost within all of Season 2’s technical problems; now they just look like whiny rich people without any previous story tension.

The biggest change for me is actually with Zoë Kravitz. In the first two episodes Kelley & Arnold managed to transform her into a one-dimensional clueless zombie who’s having second thoughts about what happened when Perry (Alexander Skarsgård) tumbles to his death. Kravitz’s performance in Season 1 was a breakout role for her and it’s just super disappointing to see that legacy trampled.

Without knowing the ins-and-outs of Lies‘ production, I’d say the difference here is quite possibly cinematographer Yves Bélanger (who also worked on Witherspoon’s Wild), who is at least partially responsible for Season 1’s cinematic glory.

I’ll continue to watch the season and update this as warranted. Suffice to say: if there’s a Season 3—and I hope there is—showrunners Witherspoon and others should put this series gem in more capable hands. CrankyYank Grades: Writing: D Directing: F Cinematography: F Acting: B+ Overall: Inc. until Season 2 concludes 🔴

is a perpetually crabby New York City escapee based in Midtown Atlanta. He’s a freelance multimedia journalist, media analyst and author of two books (award-wining Pizza for Good & Leaving Triscuit), with more on the way.

In 2001, Will earned his Masters from The Medill School of Journalism, graduating with highest honors from the magazine sequence. As permanent member of Journalism’s National Honors Society, he’s been active in monitoring, writing and blogging about media and journalism ever since he graduated.

Obsessed with good storytelling and journalistic excellence, Will uses snark, humor and reason to distill dumb shit and make it fun. He’s a seeker/maker of non-consensus news, and helps you cure crankies by finding the nut in every story.

As for-profit media continues to fail us, it’s more important than ever to find reliable sources. Authentic storytelling exists—you just have to look for it. On this blog you’ll get ideas, not ideology. Sass with class. Reporting with rapport. Evidence with a touch of evil. You get the idea.

Support independent authors, writers, artists, journalists and professionals. Buy a book, leave a review, start a discussion. Show solidarity so that we can achieve greater balance and, in the end, learn more.

This site uses Akismet to reduce spam. Learn how your comment data is processed.

I strive to be a distiller of life, a curator of cures, a dealer of dope stuff—trying to cure your crankies by snarking my way through all the week’s news. CY publishes special reports and is a safe space for whistleblowers. [ Tell Me More ]

Are you a former state-department official, U.S. attorney or whistleblower? My Twitter DMs are open. Let’s get your story told.

‘Words; I have the best words’

A Note About Resisting

Nibbles from the Vault